Get the Print & Play version and play with your friends, physically!

Players take turns clockwise, and the first player can be decided by whatever manner. Each turn consists of four Phases in the following order:

Note: Cards with the Instant

symbol trigger immediately as soon as the condition becomes satisfied, regardless if it's the owner's turn or not.

The game ends when the Draw pile runs out of cards, or when only one player remains.

The player with the most contained anomalies at the end wins the game.

Players are knocked out of the game either:

Knocked out players must shuffle in their Anomaly and Character cards to the Draw pile.

If you got any ideas, fill me in on this google form: https://forms.gle/Ze2PgFu6Utmsiff5A

Also, join our discord server and discuss your ideas with us! https://discord.gg/Ff9Exju (Tabletop Simulator version also available via Steam).

All content in this game are based on the SCP Wiki, which is a work under the Creative Commons Attribution-ShareAlike 3.0 Unported License.

All card artworks are from  SINSEKAI (with some created exclusively by them for this project during the development period), while the rest (icons, layout, card design, digital demo, etc.) are made by me. People on the discord server that have assisted on the overall design of the game are Mayødrian#3674, HarrisL2#0765, McQ#0755, milone#0862 and SilentEMPR E3#1310, ordered decreasingly by their contributions.

@Lulu#2074 handled all of my licensing concerns and other important stuff that is not directly related to the game.

StickyRemake is now Ongoing!
by Kenomic Games · 3 posts
267d
You should add 096
by tricky_playz · 2 posts
61d
online mode?
by 3Dcage · 1 post
122d
Will there be an update for the digital version? And will you add the expansion...
by IAmSeabass · 1 post
1y
Post a new topicView all posts 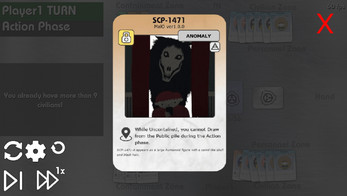 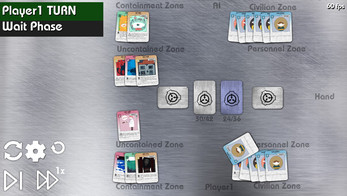 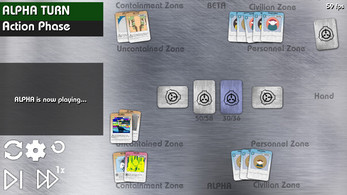